HomeNewsAcceptable level of funding from the IMF in 2016 – from $ 2 billion. 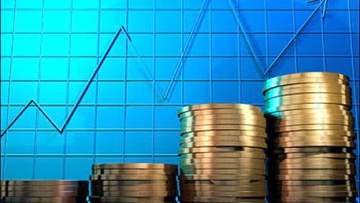 Expert UniCredit Bank in Ukraine Andrey Prikhodko believes that the $ 2 billion – an acceptable level of funding from the IMF in Ukraine in 2016.
“Revenues growth slows down with decreasing inflation and the costs associated with the financing of the Pension Fund and subsidies to grow significantly. The government has significantly increased the need for raising funds to cover cash gaps compared to the previous year. Taking into account all the risks, in my opinion acceptable level of funding will be from the IMF in the amount of $ 2 billion in the second half of 2016, which will provide a more comfortable level of foreign exchange reserves “, – said Andrey Prikhodko.
At the same analyst underlines the importance of the reforms (and related IMF funding them) for the resumption of economic growth in 2017 and subsequent years.
“The real economy is recovering very slowly. In May 2016 the fragile economic growth, which Ukraine has demonstrated in March-April, has already begun to slow down. For example, industrial production in April 2016 increased by 3.5% compared to the same period last year, and in May, industrial production growth was only 0.2%, “- said the expert.