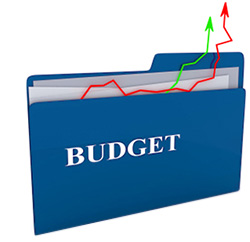 The maximum amount of the state budget deficit in 2016 is defined 83.69 billion UAH, which is 10.2% higher than in the state budget-2015, although the first ten months of 2015 the state budget was executed with a surplus of 2.77 billion UAH.
The Verkhovna Rada of December 25 adopted a law on state budget for 2016, which exceed the revenues of the state budget-2015 revenues by 15.1% or UAH 88.1 billion and account for 595.1 billion UAH, and expenses and loans – 14.5 % or UAH 86.7 billion, reaching 684.5 billion UAH.
“The deficit is provided at the level of 3.7% of GDP within the beacon of the International Monetary Fund (IMF) versus 4.1% of GDP in 2015,” – said the Minister of Finance Natalia Yaresko.
According to the submitted text, limiting the size of the deficit is defined in the 83.69 billion UAH, which is 10.2% higher than in the state budget for 2015, although the first ten months of 2015 the state budget was executed with a surplus of 2.77 billion UAH.
Yaresko specified that the state budget-2016 provides for raising the minimum wage and living wage in two phases – from May 1 and from December 1 – a total of 12.5%, which corresponds to the forecast rate of inflation.
In particular, it is planned to raise the living wage from the current 1330 UAH to 1399 UAH per month from May 1, 1469 and December 1, UAH, and the minimum wage from 1378 USD per month to 1450 UAH from May 1, 1550 and December 1, UAH.
Minister of Finance stressed that the defense and security in the next year from the state budget allocated UAH 113.6 billion, or 5% of GDP, as required by the Council of National Security and Defense Council (NSDC).
Earlier, the government indicated that the draft state budget is developed on the basis of the forecast GDP growth of 2% and the average annual hryvnia exchange rate of 24.1 USD /$1.
The document stipulates that the maximum amount of direct government debt at the end of 2016 will amount to 1.50148 trillion UAH, guaranteed – 444 780 000 000 UAH, while the state budget this year includes only direct public debt ceiling – 1.39395 trillion UAH, and at the end of September the total State debt amounted to 1.52 trillion UAH.
The state budget allows for an increase in state guarantees in the next year to 28.2 billion UAH to 25 billion UAH in the budget of the current year and the direction attracted by these loans to finance investment, improve the country’s defense and the State Mortgage Institution.
The document also contains a resolution of the Cabinet doformirovat 2016 stabilization energy fund of up to $ 700 million due to state guarantees, including for the purchase of “Naftogaz Ukraine” gas in Europe, while the state budget-2015 for the first time allowed the government to establish such a fund in the amount of $ 1 billion .
Proceeds from the National Bank in the next year, as stated, will be reduced to 38 mrad mrad UAH 60.5 to UAH in this, but financing the Deposit Guarantee Fund of natural persons through the issuance of government bonds will be reduced from 20 billion USD to 16 billion USD. The law also contains a provision to hold, in the case of the consent of the National Bank, the restructuring of its portfolio of government bonds, but the specific parameters of it are not specified. This article in the state budget-2015, provides for the exchange of government bonds owned by the National Bank of Ukraine to the new government securities for up to 20 years and a yield of 5%, it has not worked.
The state budget-2016 is maintained and the possibility of capital increase through the issuance of government bonds from banks and “Naftogaz of Ukraine”, but without specifying the amounts (in the state budget-2015, respectively, 36.5 and 29.7 billion USD ).
There are in the document and the right to the Ministry of Finance for the continuation of operations for the exchange of foreign state obligations, but we are talking about the end of 2015 debt transaction.
In addition to Kiev allowed once again to extend more than a year maturities implemented in 2012 for repayment of borrowings on bill to calculations to compensate for the difference in tariffs for thermal energy.
The document is supposed to balance, as in previous years, a number of laws to suspend articles of the benefits and the Cabinet to approve the special arrangements for the indexation of cash income within the financial resources of the budgets of all levels and the social insurance fund.
In addition to the draft state budget-2016 migrated from the state budget-2015 resolution of the Cabinet of Ministers to restructure the actual debt of 7.54 billion USD at 1 January 2016, by decision of the courts.
With the passage of the state budget through the budget committee were additionally increase spending on the Foreign Ministry – 125 million USD due to cuts in the Defense Ministry to UAH 100 million and non-Ukrainian festival of patriotic song “Be free” for 25 million USD, the Ministry of Culture – 40 million USD and allocated 200 million UAH for the purchase of mammography and ultrasound equipment.
According to Natalia Yaresko Minister, Ministry of Finance expects the final version of the law on the state budget, which will include all the changes proposed in the committees and during its consideration at the session hall, and give it to the International Monetary Fund (IMF) to analyze the document balance. “Get the next tranche of the IMF and other associated financial support depends on whether there was a budget after all of the changes in Parliament in accordance with the objectives of our program with the IMF, that is, whether there was it well-balanced and responsible”, – explained the head of the Ministry of Finance.
According to her, the answer to this question will give the IMF experts.
Yaresko stressed that without the support of the IMF preserving economic stability and growth of the economy is not likely possible.