The business climate in the agricultural sector has improved significantly.

HomeNewsThe business climate in the agricultural sector has improved significantly. 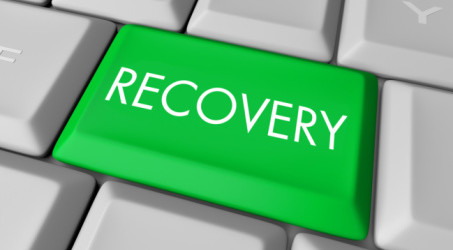 The business climate in the agricultural sector has improved significantly.

In August 2016 the first time since the introduction of the business Ukrainian agricultural sector index (ABI), the business climate in agriculture of Ukraine has received a positive evaluation at the level of +12.8 points.
Business index in the agricultural sector, which reflects the change in economic conditions compared to the situation in August 2015, rose from 102.7 points in November 2015, after passing the fall in February 2016 to 96.4, to the level of 114.6 points in August 2016, According to the association “Ukrainian club of agrarian business”.
A recent study reflected the assessment of community farmers following three factors that had a positive impact on the business environment, namely: (i) access to modern machinery and equipment, (ii) the level of business performance, and (iii) access to qualified personnel with professional knowledge (+37.8, +32.9, +20.0 respectively).
The most negative impact on the assessment of agricultural producers factors were: (i) the impact of general economic conditions, (ii) government support and subsidies, and (iii) access to the capital market (-45.5, -41.4, -26.0, respectively). Business index showed improvement in most of the studied factors, but a negative value acquired: (i) access to capital markets, (ii) access to qualified personnel (95.1 and 96.5 points, respectively).
The business climate has improved in all regions of Ukraine: to the level of +13.0 points in the central regions, +29.9 points in the southern regions, +7.7 points in the north-eastern and +1.8 points in the western regions of Ukraine. The most significant indicators of the business index were obtained in the southern and western regions (116.1 and 109.8 points respectively).
Agricultural producers interviewed, diversified land bank size, things about the improvement of the business environment, which is reflected in the index of the business climate. Climate Assessment ranges from +4.1 points among individual producers to level +40.6 among holding companies, where the variability of economic conditions due to the pleasure effect on the scale of economic activity. Business index individual producers reached 127.2 points, demonstrating the highest among all categories.
Drawing attention to the variation of estimates among manufacturers of various specializations, experts noted the mixed assessment of households on the level of specialization of +4.1 points, while animal husbandry enterprises evaluated the climate at the level of +6.6 points, and the economy focused on the production of plant products – +24.9 points. The best business opportunities in crop production played a role. Again, significant changes in the business environment able observuyutsya among individual producers with a mixed type of economy that evaluated business index at the level of 127.2 points.