Ukraine has become the third largest exporter of chicken meat to Europe.

HomeNewsUkraine has become the third largest exporter of chicken meat to Europe. 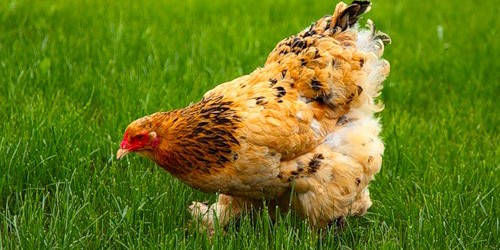 Ukraine has become the third largest exporter of chicken meat to Europe.

In the first four months Ukraine has entered the top three export poultry to the EU market, behind Brazil and Thailand
It was on June 22 in Brussels, said the representative of Ukraine to the EU Kostiantyn Yeliseyev.
“According to our partners in the European Commission Directorate General “Agriculture and rural development” in the first four months of this year Ukraine has become the third largest importer of chicken meat to the EU. Imports of domestic poultry is second only to Brazil and Thailand which are traditionally major chicken suppliers to the EU”, – he said.
The Ukrainian diplomat said that this “landmark leap was made possible by two factors: the opening of access for Ukrainian poultry to EU markets – and “it is a merit only domestic poultry farmers,”- as well as by the autonomous trade preferences which actually means unilateral use of the European Union conditions of a free trade agreement with Ukraine.
Yeliseyev also said that potential importers “extremely interested” in the Ukrainian chicken. According to him, within the framework of import quotas for these products in the current year, the European Commission establishes the third consecutive quarter, the so-called distribution coefficients – the percentage of the excess of demand over the amount of available quota for the corresponding quarter. “The most recent rate set for the third quarter of this year, by the way, this Saturday, June twentieth, has a value of about 2.96 percent. In other words, if the European importer sent a request for the right to duty-free imports into the EU of 100 tonnes of poultry within Ukrainian autonomous trade preferences, he will receive a license to import only three tons,”- said the representative of Ukraine to the EU.
This Yeliseyev said that the greatest demand for Ukrainian chicken observed in the Netherlands and Germany. “Only the first four months of this year, these countries have been imported, respectively, 2.95 and 2.55 thousand tons of such products,” – he said.
The Ambassador stressed that the chicken was the first product of animal origin which entered the European markets. “From the first year of supply Ukrainian chicken showed its opportunistic ability to compete with products from other importing countries. We understand that the growth of supplies to the EU poultry will be restrained by the tariff quota provided for the Association Agreement between Ukraine and the EU, and therefore does not hide that the increase in the quota for chicken will be included in the main pool of the proposals of the Ukrainian side regarding the transformation of the “tariff package” in the implementation of the Agreement on free trade zone, which will start in 2016″- said Elisha.
In this regard, he noted that the example of poultry farmers “should serve as a benchmark for other livestock sectors of the domestic agribusiness – milkmen, pork and beef producers.”