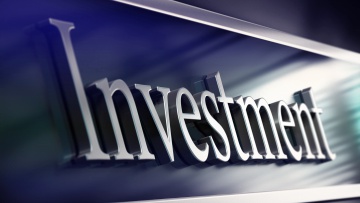 This is reported in the annual report of the EBRD for 2016.

Investments in Ukraine fell by 42%, because in 2015 the country received 997 million euros.

Also last year, the EBRD invested in two projects, which should eliminate a number of transport problems when exporting grain from Ukraine. GN Terminal Enterprises received a long-term loan of $ 40 million to finance the expansion of the existing grain terminal in the port of Odessa. The bank also provided a loan of $ 37 million to the MV Cargo company for the construction of a grain terminal in the port of Yuzhny.
Another $ 20 million was received by the agro-industrial holding “Astarta” to increase the energy and water efficiency of the sugar production process and increase labor productivity and quality standards.
For projects of the “green economy” in 2016, the EBRD spent 467 million euros. Of these, 15 million euros of the loan was given to Lvivvodokanal for the construction of a combined heat and power plant, which operates on biogas.
Another $ 8.2 million EBRD provided the postal and logistics company Mist Express to expand the network of postal services in Ukraine. The company planned on these funds to increase its share in the Ukrainian market and expand the existing network of 400 postmates until 2020.
In addition, last year the EBRD financially supported projects in Ukraine to support small and medium-sized businesses, export development, trade finance, support of the national currency, and improvement of the public procurement system. He also financed the corporate governance project of Naftogaz and the project on the development of the Business Ombudsman’s Council, which examines complaints of companies against the authorities and promotes reforms aimed at supporting business.