Ukraine in the ranking of Doing Business should go up by 10 positions.

HomeNewsUkraine in the ranking of Doing Business should go up by 10 positions. 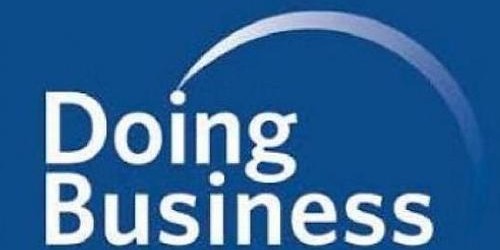 Ukraine in the ranking of Doing Business should go up by 10 positions.

The upward movement will provide innovations in the construction sector, in property registration and the reduction of ERUs
This fall, the World Bank should publish a new investment appeal rating for Doing Business. Ukraine in it will rise by 10 positions – up to 70 places, predict the Office of Effective Regulation BRDO and the Ministry of Economic Development and Trade.
First Deputy Minister of Economy Maxim Nefyodov promises that the necessary bills will be introduced to the parliament in the near future. If parliamentarians can come to a consensus and accept documents at least until the end of March 2018, the next rating should please much more impressive results. In the same year, Ukraine’s upward movement in Doing Business will provide, first of all, innovations in construction, property registration and reduction of ERUs (which was approved in 2015).
According to BRDO, in the past and the current year, the government and parliament approved and started the implementation of 21 changes. They have to improve the place of Ukraine in the rating of ease of doing business.
Starting a business.
According to the indicator “establishment of enterprises”, Ukraine is already among the top 20 among the 190 countries that the World Bank estimates. But the Ministry of Justice took steps to further improve Ukraine’s position, says the head of BRDO Alexei Goncharuk.
In particular, it reduced the time for the registration of LLC from three days to one and provided the possibility of state registration of the legal entity and individual entrepreneur through the Internet. The main weak point of Ukraine in this indicator remains a complicated procedure for registering an enterprise in the tax and opening an account. Nevertheless, additional points are expected to be received due to the introduction of responsibility for officials for requiring a seal on the documents of entrepreneurs.
Connection to the power supply system
The most unpredictable, according to Goncharuk, will be the World Bank’s assessment of the indicator “access to electricity.” In the previous Doing Business, Ukraine ranked 130th in the electricity sub-rating. But in the spring the parliament approved the law on the launch of the electricity market. True, it requires the adoption of many by-laws and other laws that will regulate in what manner, at what tariffs and at what times a business can join electricity. The law itself, after that it will work, will be able to raise Ukraine by 5-7 positions in the Doing Business rating, Goncharuk is sure. Nevertheless, while all sub-legislation is not adopted, it is hardly worth expecting that the World Bank will take into account the changes already this year.
At the same time, there is one change that will definitely be counted and give Ukraine one ball, are confident in BRDO. This is the decision of the National Commission, which carries out state regulation in the energy and utilities sectors, which obliged the oblenergos to pay compensation to the consumer if the break in the supply of electricity exceeded the day. “The consumer, including business, will henceforth be more protected,” explains Alexey Goncharuk.
Taxation
In this indicator, Ukraine last year ranked 84th. The Ministry of Economy expects that in this rating, in our favor, the World Bank will consider reducing the ERU rate to 22%. The Verkhovna Rada adopted the corresponding decision back in 2015, but in Doing Business-2017 there was no relief. “It’s hard for me to say why,” says Maxim Nefyodov, the first deputy minister of economic development, “Maybe they just did not remember or the real influence was not so tangible.”
Registration of property
Over the past year, the government and parliament have also taken a number of measures that should improve Ukraine’s position on the “property registration” indicator (Ukraine ranked 63rd in the sub-rating last year). Henceforth, it is not necessary to receive an expert monetary evaluation of land for a notarial certification of a transaction between legal entities. This will save the business 10 days and about a thousand hryvnia.
In addition, notaries have access to the State Land Cadastre, have been exempted from the need to enter information in the Register of Rights to Real Estate, that the seller of the land plot is no longer its owner.
Another half of the ball should be earned by Ukraine due to the following innovations: the creation of a mechanism for administrating the actions of state registrars, providing open access to statistics on the number of transactions with real estate, as well as information on the owners of land.