Switzerland will help Ukraine to strengthen the competitiveness of the organic sector.

HomeNewsSwitzerland will help Ukraine to strengthen the competitiveness of the organic sector. 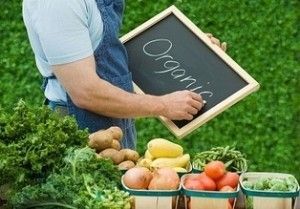 Switzerland will help Ukraine to strengthen the competitiveness of the organic sector.

Ministry of Agrarian Policy and Food of Ukraine is working to intensify trade and economic cooperation with Switzerland. This was announced by Minister Aleksey Pavlenko during a meeting with the Director of the Federal Office for Agriculture Swiss Bernard Lehmann.
The meeting was held within the framework of the Global Forum for Food and Agriculture in Berlin.

According to the Minister, the trade in agricultural products between Ukraine and Switzerland for 11 months of 2015 totaled $ 29.7 million. The amount of exports amounted to about $ 8 million, which is $ 1.8 million more than in the same period of 2014. In the structure of exports was dominated by cereals cereals ($ 2.5 million), oil ($ 2.3 million), oilseeds ($ 1.2 million) and others.

The amount of imports was $ 22 million. Most of all in Ukraine imported products from grains and cereals ($ 5.4 million), various other food products ($ 3.9 million), cereals ($ 1.2 million) and others. Aleksey Pavlenko said, that cooperation between Ukraine and Switzerland is carried out in a joint meeting of the Ukrainian-Swiss commission for trade and economic cooperation.

In addition, in 2016 it will be the Swiss-Ukrainian project “Development of the organic market in Ukraine”. The project is implemented by the Research Institute of Organic Agriculture (FiBL, Switzerland) and funded by the Swiss Confederation.

The overall objective of the project is to stimulate the growth of small and medium-sized enterprises Ukrainian organic food sector through the development of organic and regional production and marketing of food chains. It will focus on national and international markets, and the approach is determined by demand.